Why we’re putting US first 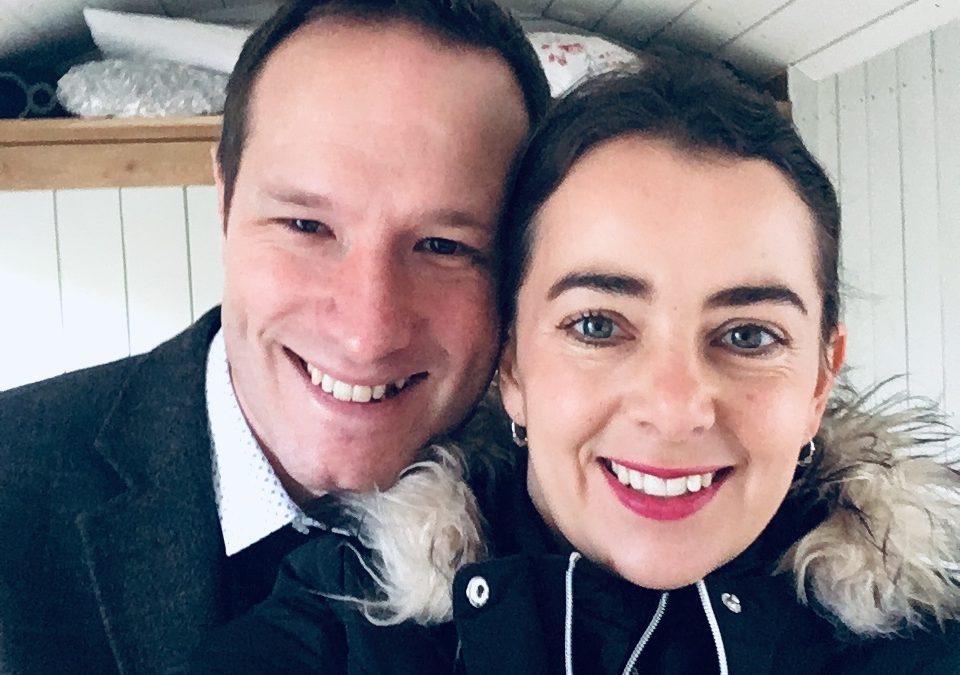 We met nearly 20 years ago- eventually- after MANY mutual friends telling me You should really meet Jon Bramall- he’s a good guy. Of course I totally ignored them but eventually we crossed paths and the rest is history.

It’s never been just us. The Army dictated our moves from day 1 and I did my utmost to avoid it- I escaped to Italy while Jon was posted at Sandhurst and then Iraq. I kept working and made friends ‘outside the wire’ much to the disapproval of the army wives. In the early years we spent more time apart than together. Jon just made it back from Iraq by the skin of his teeth in time for our wedding and we changed jobs and moved house 10 times in 10 years.

As a hospital consultant Jon is often working at the weekends and family and friends take it as standard when I show up to events and parties on my own.

But none of this has been a problem- we’ve always been happy and we’ve always taken that happiness for granted.

Whole weeks fly by when the only conversations have been logistical. We’re juggling demanding jobs (Jon is Clinical Director of ITU) with a teaching job, new business, three children, trying to maintain our social life. I’m sure you relate to this. Weekends are some kind of crazy military operation with each of us taking one or two children to a muddy football field in a random location, squeezing in homework, children’s parties and then trying to ensure everyone is fed and clothed.

It’s exhausting and we find that in the evening when stories are read, dinner is cleared away and with good luck and a following wind we might actually managed a conversation, our 11 year old is right in there- interjecting, asking questions and generally procrastinating over bed time.

So we’re just about keeping body and soul together (albeit touch and go somedays) but how on earth do we keep our marriage together? 14 years in? With 3 kids? And not inconsiderable pressure for a dog?!

Can WE wait until the kids are older…11 years into the parenting journey and with 15-20 years to go?  No, we can’t.

Some of our married friends are choosing to go their separate ways. They are better apart, than together and we wish them well. Life is short: go and be happy.

But that won’t make us happy. We’re sticking with it.

We decided this year it’s time to start putting us first.

I’m not alone. When I speak to my clients they often feel overwhelmed by the juggle of work and raising a family. Often health and wellbeing are neglected and there’s a sense of sadness that either their friendships or relationships aren’t quite where they’d like them to be.

In Becoming Michelle Obama describes how Barack in the early years of their children’s life was  swerving all over the place. He had an optimistic attitude to time keeping which meant that he would say that he was on his way home whereas actually he just had another conversation to finish. Yet she found it hard to criticise him as he was doing important work which was aligned with their shared values. While having children meant that everything had changed for Michelle, Barack had barely missed a beat. She found part time work unsatisfying as she felt that she was juggling two roles and underperforming in both.

I’m sure this resonates with many of us.

And it would be very easy to allow our relationship to suffer as a result.

So this year we’ve made a commitment to each other. To spending time together. Because it can’t wait another 10 years or 20 years.

Last month we managed to get away to a ski resort- this was work- Jon was attending a conference and I was speaking but after a twelve year break for me we were back on the slopes and having fun.

We’ve committed to date night even if it’s just the local pub and we’ve put the kids into childcare to free up a day in half term so we can have those conversations we’ve been skirting around and which don’t seem to go so well at 9:30 pm.

In January we attended a goal mapping workshop and were relieved and delighted to discover that yes we are on the same page- we want to be together; we want to have adventures with the kids and triathlon and being by the sea are shared passions (phew!)

So Valentines day is here and it’s not all roses, chocolates and champagne. No: I’ll take an uninterrupted conversation, good laugh and, ok a bottle of wine with my best friend.